The Invisible Hand of the Market by Lizza Littlewort

“The real price of everything, what everything really costs to the man who wants to acquire it, is the toil and trouble of acquiring it. What everything is really worth to the man who has acquired it, and who wants to dispose of it or exchange it for something else, is the toil and trouble which it can save to himself, and which it can impose upon other people. What is bought with money or with goods is purchased by labor as much as what we acquire by the toil of our own body. That money or those goods indeed save us this toil. They contain the value of a certain quantity of labor which we exchange for what is supposed at the time to contain the value of an equal quantity. Labor was the first price, the original purchase-money that was paid for all things.  It was not by gold or by silver, but by labor, that all the wealth of the world was originally purchased; and its value, to those who possess it, and who want to exchange it for some new productions, is precisely equal to the quantity of labor which it can enable them to purchase or command.”

Classical Economics, highly regarded as the first school of economic thought, experienced its heyday during the 18th and 19th centuries. Numerous economists of the time such as Adam Smith, Irving Fisher, John Stuart Mills and David Ricardo have contributed to classical economics. Many believe that Adam Smith’s book, Wealth of Nations, marked the beginning of this school of economic thought in 1776.

According to classical economics, free markets are self-regulating and do not need any intervention from the governments. As they saw it, markets would function best if their members sought their own self-interest, and this will lead the markets toward the best possible equilibrium. Price mechanism, like an invisible hand, regulates the price depending on the true levels of demand and supply. In contrast, Keynesians argue that government spending instigates the economy, resulting in increased aggregate demand.

Furthermore, classical economics assumes that the economy is always at full employment. This means that everyone who is looking to work is working and all the resources are fully used. This idea is mainly based on Say’s Law, which states that “Supply creates its own demand.” In other words, the production is the source of demand.

Another important aspect of classical economics is that it usually focuses on the long-term, while Keynesian economics more often deals with short-term issues.

Classical economics was eventually substituted by New Classical Economics and Keynesian Economics in the late 1800’s.

Keynes and the Classical Economists: The Early Debate on Policy Activism 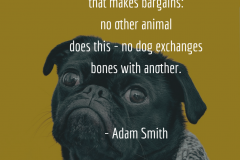 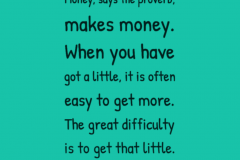 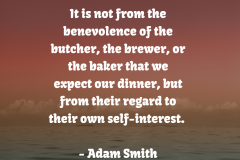 Gary Becker
Property Rights: a Key Player in Economics
Khazzoom-Brookes Postulate: the debate goes on
Inflation: when the money dies
George Akerlof: A citizen of the profession