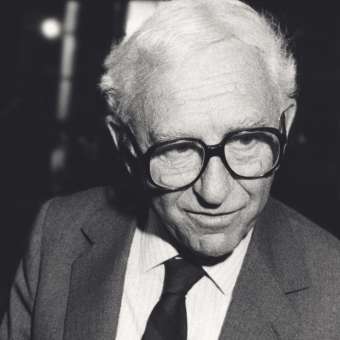 “Franco Modigliani could have been a multiple Nobel winner. When he died he was the greatest living macroeconomist. He revised Keynesian economics from its Model-T, Neanderthal, Great Depression model to its modern-day form”

Franco Modigliani was born in Rome, Italy, in 1918. He spent his childhood in the fascist Italy and received his basic education there. Franco finished his high school studies at the age of 17, and then enrolled himself at the University of Rome. He later wrote that his family expected him to follow his father’s footsteps and study medicine, but as he later described it, “….I went to the registration window to sign up for medicine, but then I closed my eyes and thought of blood! I got pale just thinking about blood and decided that under those conditions I had better keep away from medicine.”

Therefore he opted for law school, as it was ‘fashionable’ during his time and it opened up many possible careers. Back then, in the 1930s, there was some kind of an essay competition among university students in Italy, which was divided into four categories: engineering, music, literature and economics. Modigliani took part in the competition, writing about price controls, and came out as first. The commission advised young Franco to pursue his studies in economics, and this shaped his future as an economist.

Since the political situation was getting out of hand and Europe was preparing itself for World War II, he left Italy and joined Sorbonne University. But French universities did not interest him. He later depicted those days as, “…People did go to class in large numbers but, as far as I could tell, their only purpose was to make noises of various kinds—very effectively so that you could not hear what was going on. Why they attended I still don’t understand.” So he spent some time studying on his own and wrote his thesis at the Bibliotheque St. Genevieve.

Just days before the WWII started, he fled to the United States. There, he obtained a scholarship from the New School for Social Research and received his doctorate from there in 1944.

In 1985, Franco Modigliani won the Nobel Prize in Economics for his pioneering analyses of saving and of financial markets. His analysis of saving led to development of the ‘Life-Cycle Hypothesis’. Before Modigliani, economists generally accepted the Keynesian model of spending which explains that people tend to increase their spending when their income increases. Modigliani, however, asserted that individuals, the rational ones, want to keep their level of spending almost constant from year to year. For instance, they may try to save during their youth so that they would be able to spend when they retire. He formulated this theory with the help of his graduate student, Richard Brumberg, who died shortly after their joint paper, ‘Utility Analysis and the Consumption Function: an interpretation of cross-section data’. His analysis of financial markets provided the basis for the Modigliani-Miller Theorem, or the M&M theory, in corporate finance. The theorem states that under certain assumptions, the ratio of debt to equity does not affect the value of a firm. Instead, the value of a company mainly depends on investors’ expectations of the company’s earnings in the future.

Modigliani was a famous fan of the Keynesian school of economic thought. There was a cartoon on his office door which said, “With your permission, gentlemen, I’d like to offer a kind word on behalf of John Maynard Keynes.”

‘Lives of Laureates, Eighteen Nobel Economists’ by Breit and Hirsch 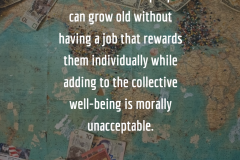 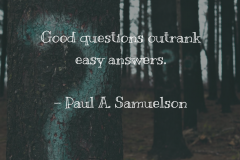 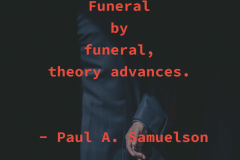 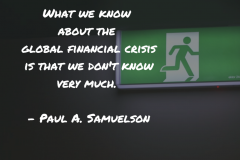