“Wealth acquired by creating value for society is not equivalent to wealth that comes from economic rents. For example, a very important factor in the increasing inequality of wealth in many countries has been the increase in real estate prices. But the owner of a building, unlike the inventor of a new treatment for cancer, does not create value for society.”

“Not only are we subject to cognitive biases, we also frequently seek out things that reinforce them. We interpret facts through the prism of our beliefs; we read the newspapers and seek the company of people who will confirm us in those beliefs; and thus we stick obstinately to these beliefs, whether or not they are correct.”

Jean Tirole was born on August 9, 1953 in Troyes, France. He received his bachelor degree from the Ecole Polytechnique in Highway Engineering in 1978. As he has mentioned in his biographical, “….economics was not an obvious choice of study given my family background and the rather weak economic culture in France. As a matter of fact, I was rather unknowledgeable about the topic. I attended my first course in economics at Ecole Polytechnique at the age of 21. I was fascinated by the issues and liked how it combines rigorous analysis and social sciences and I started thinking about becoming an economist.”

His research mostly covers industrial organization, monopolies and oligopolies. This is the case when a key player or several major players have all the power in the market. Prior to him, the dominant economic theories all tried to provide a cure for all solution to the problem, while he propounded the view that such regulatory measures should be industry-specific. Furthermore, his research focuses on other topics as well, such as behavioral economics, asymmetric information and game theory. In 2014, Tirole was awarded the Nobel Prize in Economics (See all Nobel Prize Laureates in Economics) for his analysis of market power and regulation. According to the committee, “…[Tirole] has made important theoretical research contributions in a number of areas, but most of all he has clarified how to understand and regulate industries with a few powerful firms.”

A View from the Top: Jean Tirole, Nobel laureate and global authority on the economics of regulation

Jean Tirole? Why did he receive the Nobel Prize in economics?

And the Nobel Prize in Economics Goes to: Jean Tirole, the Giant Tamer

Tirole on why societies often resist the policy recommendations of economists 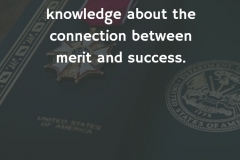 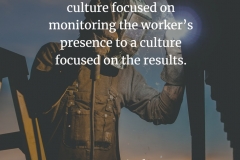