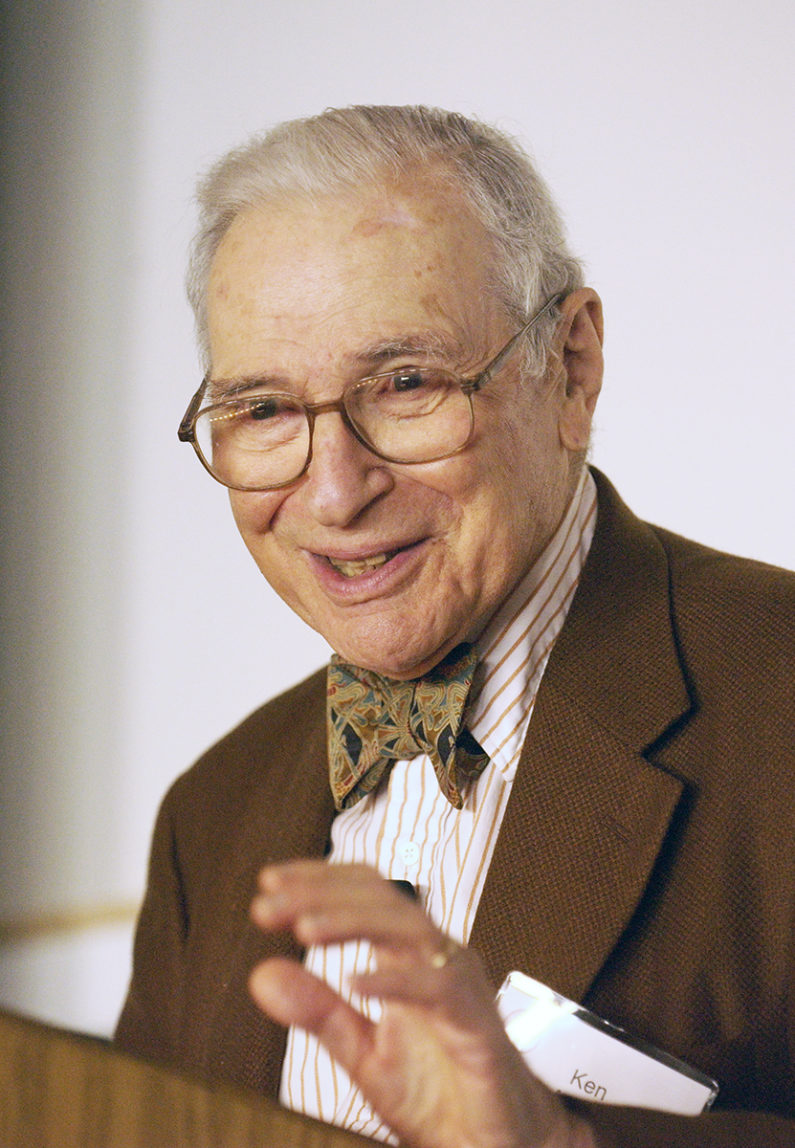 Kenneth Arrow was born in New York in 1921. When Kenneth was in high school, he developed a profound interest in mathematics and logic. Then, he entered City College of New York and studied mathematics, logic and statistics. After graduation he enrolled at Columbia University to study mathematical statistics and finished with an MA in mathematics in 1941.

Although his academic career was interrupted by World War II, Arrow continued his education after the war and received his PhD in economics in 1951 from the same university. His dissertation was “Social Choice and Individual Values”. This dissertation made way for what would be later known as “Arrow’s Impossibility Theorem”. This theorem states that groups of individuals do not make rational decisions or choices among alternative options. Moreover, the theory argues that there can never be an optimal voting system.

In 1972 he was awarded Nobel Prize for his work and contributions to the general equilibrium theory. General equilibrium was first introduced by the French economist Leon Walras in 1874, while its modern version was developed by Kenneth Arrow and Gerard Debreu in 1950s.

He also contributed a great deal to other fields too, such as information economics, welfare economics and health care systems.

– Kenneth Arrow Made Great Models, and Was One

– When Economics Had Ethics